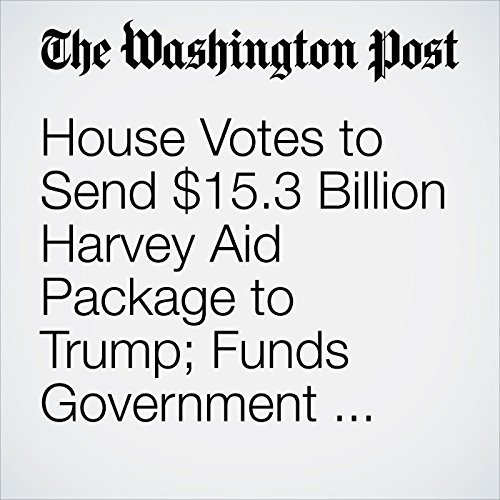 The House on Friday overwhelmingly approved a $15.25 billion disaster aid package despite strong objections from conservatives who oppose including an agreement struck by President Trump and congressional Democrats to raise the federal borrowing limit and keep the government open until Dec. 8.The measure passed by a vote of 316-90.

"House Votes to Send $15.3 Billion Harvey Aid Package to Trump; Funds Government Through Dec. 8" is from the September 08, 2017 PowerPost section of The Washington Post. It was written by Mike DeBonis and Kelsey Snell and narrated by Jenny Hoops.