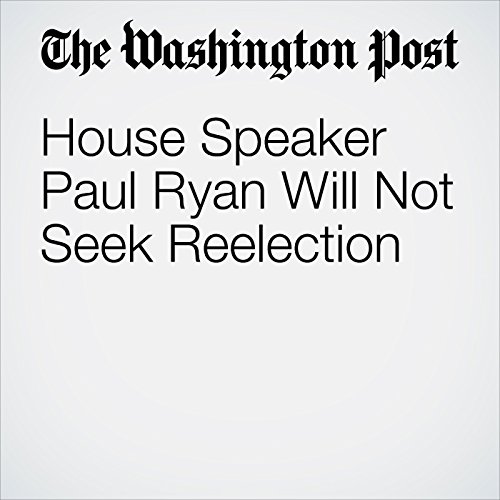 House Speaker Paul D. Ryan (R-Wis.) announced Wednesday that he will not seek reelection this year, ending a nearly 20-year tenure in Congress and adding further uncertainty about whether embattled Republicans can maintain control of the House.

"House Speaker Paul Ryan Will Not Seek Reelection" is from the April 11, 2018 Politics section of The Washington Post. It was written by Robert Costa, Mike DeBonis and John Wagner and narrated by Sam Scholl.