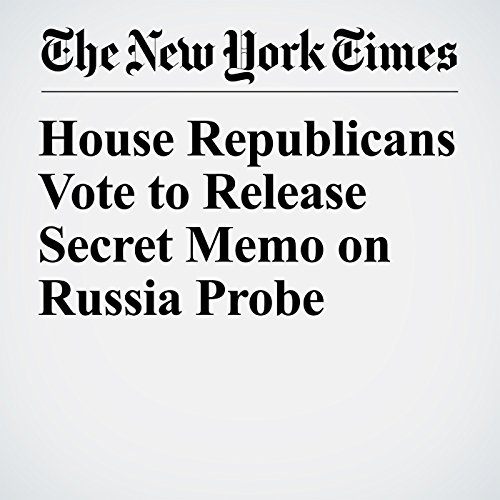 Republicans on the House Intelligence Committee, disregarding Justice Department warnings that their actions would be “extraordinarily reckless,” voted Monday evening to release a contentious secret memorandum said to accuse the department and the FBI of misusing their authority to obtain a secret surveillance order on a former Trump campaign associate.

"House Republicans Vote to Release Secret Memo on Russia Probe" is from the January 29, 2018 U.S. section of The New York Times. It was written by Nicholas Fandos and narrated by Keith Sellon-Wright.