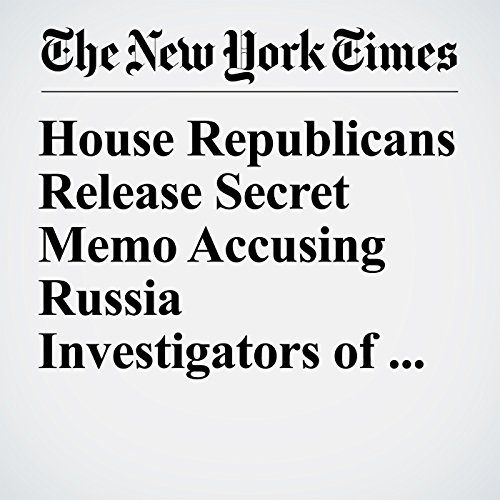 House Republicans released a previously secret memo Friday in which they accuse senior officials at the FBI and the Justice Department of bias in the early stages of the Russia investigation.

"House Republicans Release Secret Memo Accusing Russia Investigators of Bias" is from the February 02, 2018 U.S. section of The New York Times. It was written by Eileen Sullivan and narrated by Mike DelGaudio.