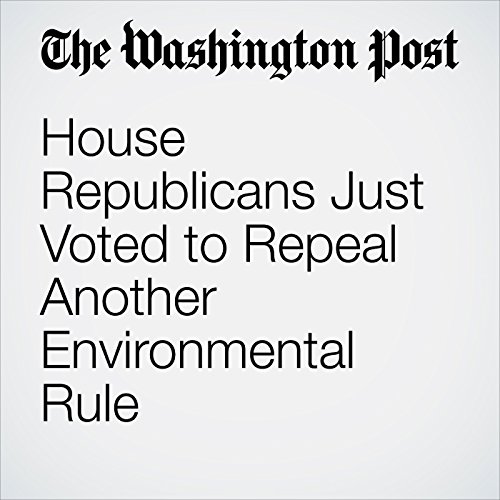 The House of Representatives passed a resolution Friday that would repeal a regulation, finalized by the Interior Department last November, aimed at curbing “fugitive” methane emissions from oil and gas drilling operations on public lands. The resolution will next go to the Republican-majority Senate for a vote.

"House Republicans Just Voted to Repeal Another Environmental Rule" is from the February 03, 2017 Politics section of The Washington Post. It was written by Chelsea Harvey and narrated by Jill Melancon.