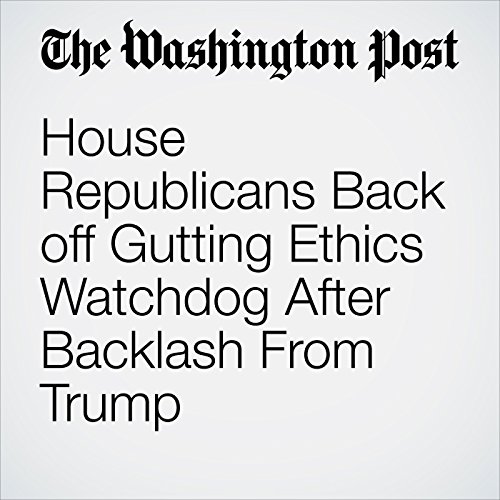 House Republicans Back off Gutting Ethics Watchdog After Backlash From Trump

House Republicans scrapped plans to weaken an independent ethics watchdog on the first day of the 115th Congress after a backlash from President-elect Donald Trump and others, as a new period of Republican-led governance started taking shape on a tumultuous note.

"House Republicans Back off Gutting Ethics Watchdog After Backlash From Trump" is from the January 03, 2017 Politics section of The Washington Post. It was written by Sean Sullivan and Mike DeBonis and narrated by Sam Scholl.