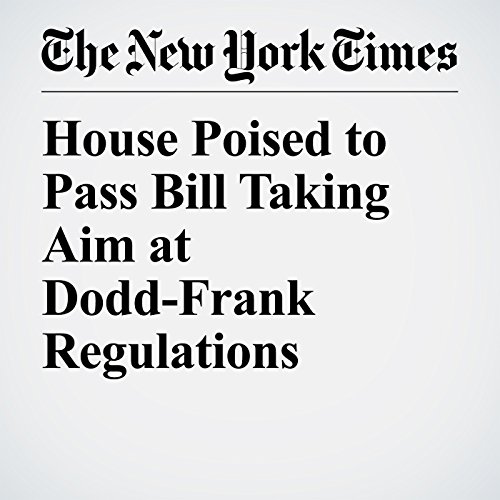 Since the Dodd-Frank Act was signed into law nearly seven years ago, Republicans have promised to make it their mission to repeal the legislation, which they say is strangling the financial industry and killing jobs.

"House Poised to Pass Bill Taking Aim at Dodd-Frank Regulations" is from the June 08, 2017 U.S. section of The New York Times. It was written by Alan Rappeport and narrated by Keith Sellon-Wright.