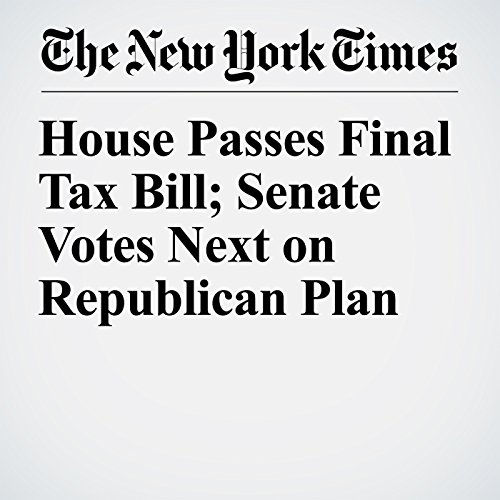 The House approved the most sweeping tax rewrite in decades along party lines, with lawmakers voting 227-203, on Tuesday. The action has now moved to the Senate, which was expected to vote on the bill, possibly on Tuesday evening.

"House Passes Final Tax Bill; Senate Votes Next on Republican Plan" is from the December 19, 2017 Politics section of The New York Times. It was written by The New York Times and narrated by Keith Sellon-Wright.