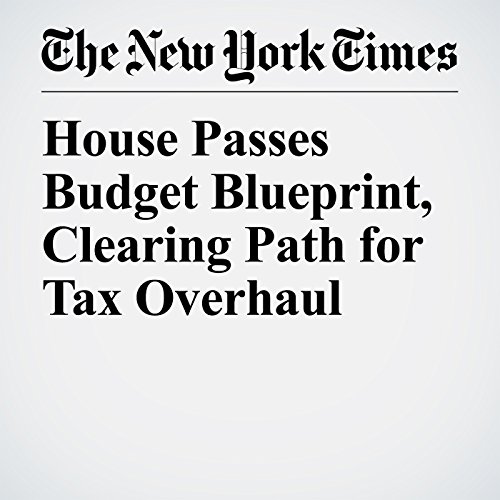 The House on Thursday sounded the starting gun on legislative efforts to cut taxes by as much as $1.5 trillion over the coming decade, narrowly clearing a budget blueprint that will allow a tax bill to pass Congress without any Democratic votes.

"House Passes Budget Blueprint, Clearing Path for Tax Overhaul" is from the October 26, 2017 U.S. section of The New York Times. It was written by Thomas Kaplan and narrated by Keith Sellon-Wright.