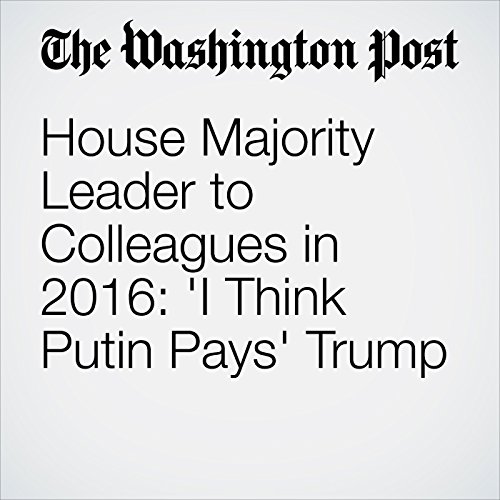 A month before Donald Trump clinched the Republican nomination, one of his closest allies in Congress — House Majority Leader Kevin McCarthy — made a politically explosive assertion in a private conversation on Capitol Hill with his fellow GOP leaders: that Trump could be the beneficiary of payments from Russian President Vladimir Putin.

"House Majority Leader to Colleagues in 2016: 'I Think Putin Pays' Trump" is from the May 17, 2017 National Security section of The Washington Post. It was written by Adam Entous and narrated by Sam Scholl.