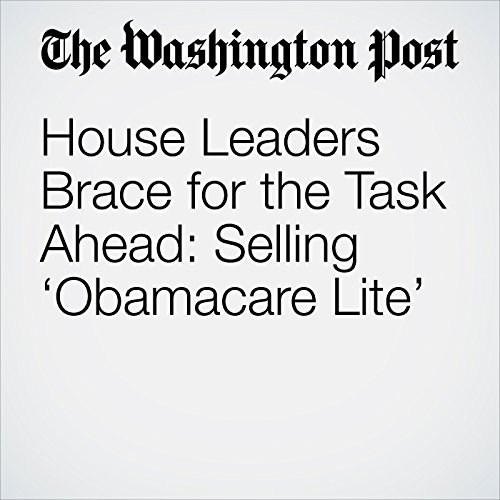 "House Leaders Brace for the Task Ahead: Selling ‘Obamacare Lite’" is from the March 07, 2017 Politics section of The Washington Post. It was written by Mike DeBonis, Amy Goldstein and Kelsey Snell and narrated by Jenny Hoops.