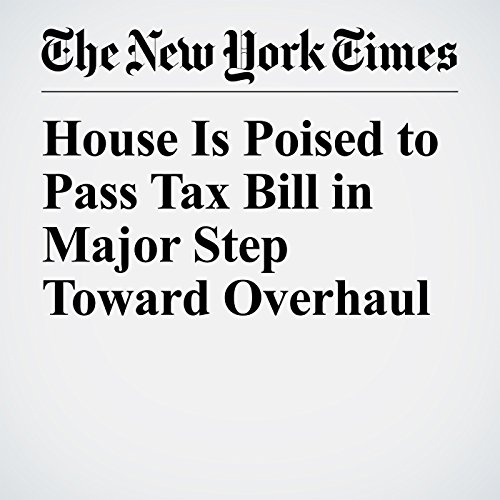 The House is poised on Thursday to pass a sweeping rewrite of the tax code along party lines, advancing a critical effort by Republicans to enact legislation that cuts taxes for corporations and individuals before the year’s end.

"House Is Poised to Pass Tax Bill in Major Step Toward Overhaul" is from the November 16, 2017 U.S. section of The New York Times. It was written by Alan Rappeport and narrated by Keith Sellon-Wright.