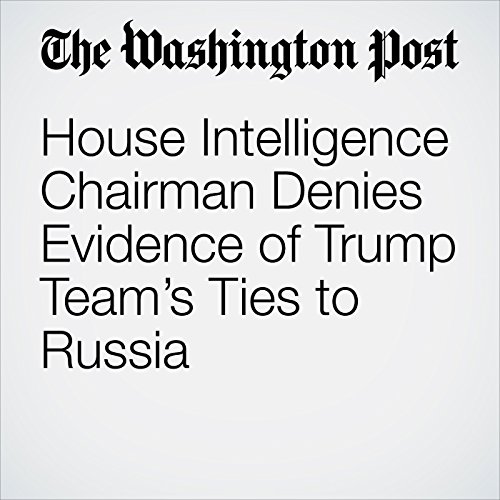 House Intelligence Committee Chairman Devin Nunes denied on Monday morning that there was any evidence from the intelligence community of contacts between Trump campaign officials and Russian operatives.

"House Intelligence Chairman Denies Evidence of Trump Team’s Ties to Russia " is from the February 27, 2017 Politics section of The Washington Post. It was written by Karoun Demirjian and narrated by Sam Scholl.