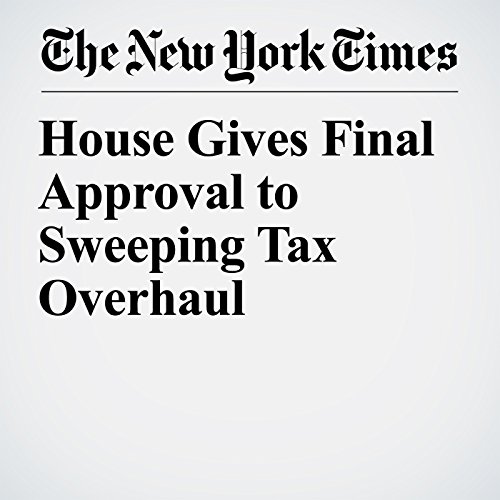 The House, forced to vote a second time on the $1.5 trillion tax bill, moved swiftly to pass the final version Wednesday, clearing the way for President Donald Trump to sign into law the most sweeping tax overhaul in decades.

"House Gives Final Approval to Sweeping Tax Overhaul" is from the December 20, 2017 Politics section of The New York Times. It was written by Thomas Kaplan and narrated by Archie Montgomery.