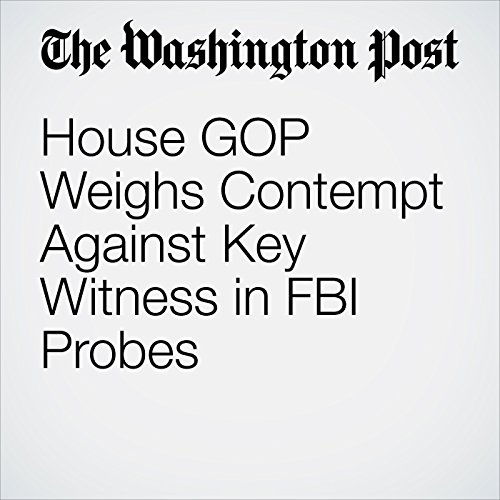 House Republicans strongly suggested they would seek to hold former FBI lawyer Lisa Page in contempt of Congress unless she agrees to testify by Friday about her role in the FBI’s probes into Hillary Clinton’s emails and President Trump’s suspected Russia ties.

"House GOP Weighs Contempt Against Key Witness in FBI Probes" is from the July 11, 2018 Politics section of The Washington Post. It was written by Karoun Demirjian, Mike DeBonis and Matt Zapotosky and narrated by Sam Scholl.