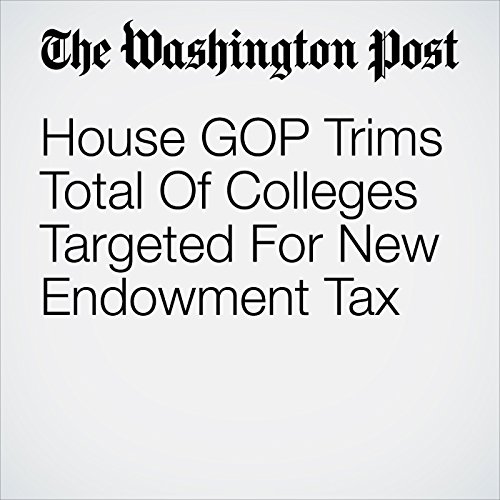 The GOP majority on the Ways and Means Committee voted Monday night to modify a tax bill that includes several provisions affecting higher education. Among them is a proposal that makes college presidents blanch: an excise tax on endowment income for certain private colleges.

"House GOP Trims Total Of Colleges Targeted For New Endowment Tax" is from the November 07, 2017 National section of The Washington Post. It was written by Nick Anderson and Danielle Douglas-Gabriel and narrated by Sam Scholl.