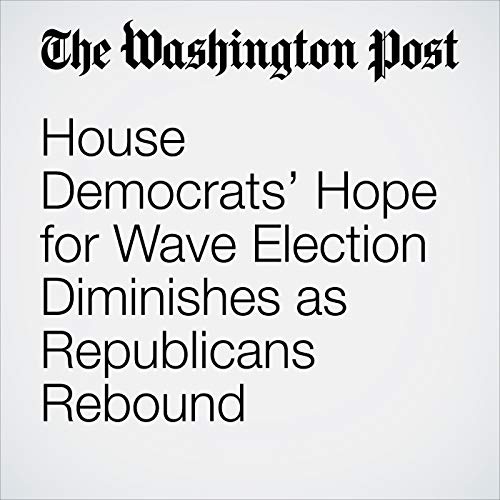 Democratic hopes for a wave election that would carry them to a significant House majority have been tempered in recent weeks amid a shifting political landscape and a torrent of hard-hitting attack ads from Republicans.

"House Democrats’ Hope for Wave Election Diminishes as Republicans Rebound" is from the October 20, 2018 Politics section of The Washington Post. It was written by Sean Sullivan and narrated by Sam Scholl.