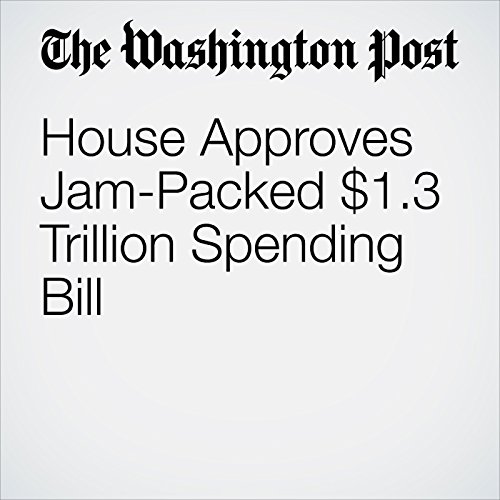 The House on Thursday passed a sweeping $1.3 trillion spending bill that makes good on President Trump’s promises to increase military funding while blocking most of his proposed cuts to domestic programs and placing obstacles to his immigration agenda.

"House Approves Jam-Packed $1.3 Trillion Spending Bill" is from the March 22, 2018 Politics section of The Washington Post. It was written by Mike DeBonis, Erica Werner and narrated by Sam Scholl.