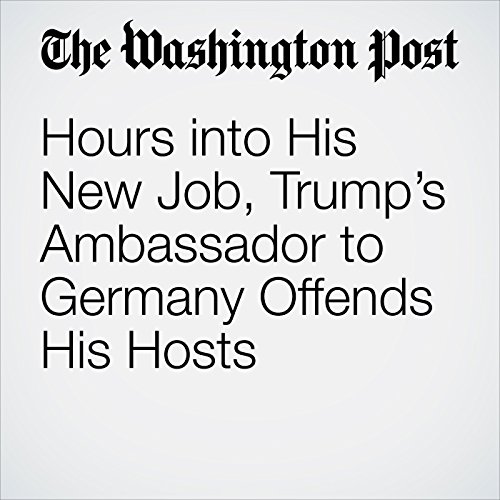 BERLIN — For the past year, German officials have been urging their U.S. counterparts to send a new ambassador to Berlin. But after finally receiving one, many may be having second thoughts.

"Hours into His New Job, Trump’s Ambassador to Germany Offends His Hosts" is from the May 09, 2018 World section of The Washington Post. It was written by Rick Noack and narrated by Sam Scholl.