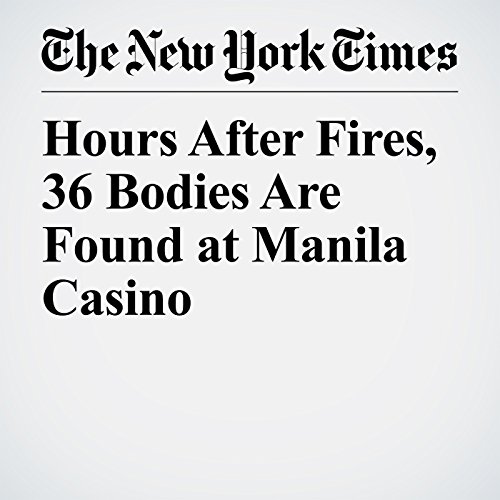 Thirty-six bodies were found at the biggest hotel-casino in the Philippines after a gunman carrying a container of gasoline set fires and touched off a mass panic — hours after the authorities said that only the assailant had died.

"Hours After Fires, 36 Bodies Are Found at Manila Casino" is from the June 02, 2017 World section of The New York Times. It was written by Richard C. Paddock and Felipe Villamor and narrated by Mike DelGaudio.