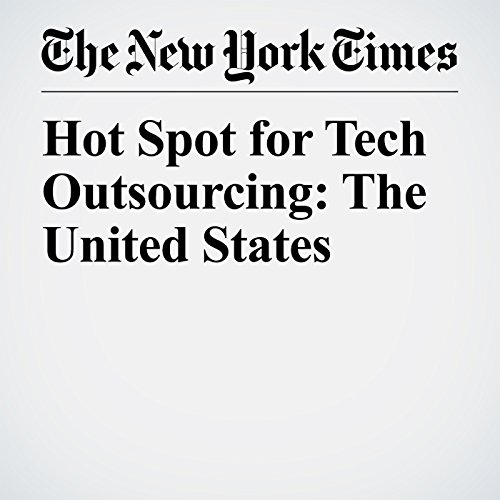 For years, U.S. companies have been saving money by “offshoring” jobs — hiring people in India and other distant cubicle farms.Today, some of those jobs are being outsourced again — in the United States.

"Hot Spot for Tech Outsourcing: The United States" is from the July 30, 2017 Business section of The New York Times. It was written by Steve Lohr and narrated by Barbara Benjamin-Creel.