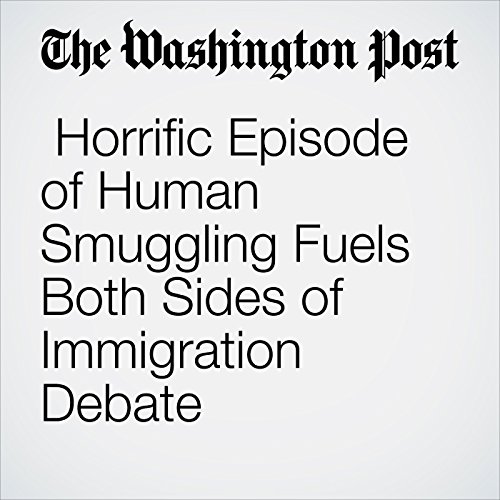 The discovery of dozens of migrants in a dangerously overheated trailer in San Antonio this weekend has further inflamed the national debate over illegal immigration, particularly sanctuary cities that limit cooperation with federal authorities.

" Horrific Episode of Human Smuggling Fuels Both Sides of Immigration Debate" is from the July 24, 2017 Immigration section of The Washington Post. It was written by Sandhya Somashekhar and narrated by Sam Scholl.