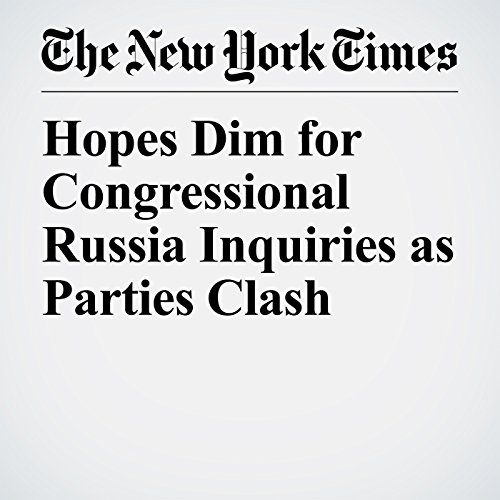 In a secured room in the basement of the Capitol in July, Jared Kushner, President Donald Trump’s son-in-law and senior adviser, fielded question after question from members of the House Intelligence Committee. Though the allotted time for the grilling had expired, he offered to stick around as long as they wanted.

"Hopes Dim for Congressional Russia Inquiries as Parties Clash" is from the October 22, 2017 U.S. section of The New York Times. It was written by Nicholas Fandos and narrated by Keith Sellon-Wright.