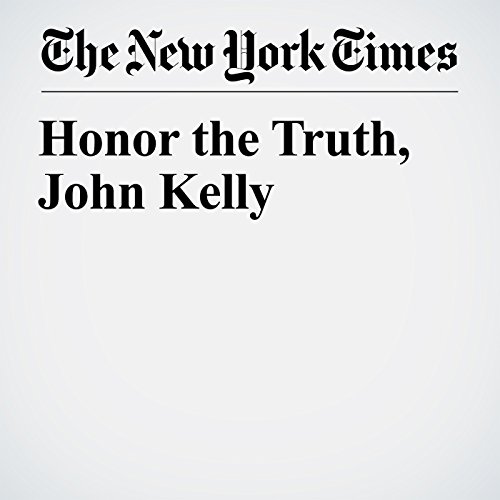 John Kelly, President Donald Trump’s chief of staff, is grimly suited to addressing the family of a fallen service member. Kelly, a retired four-star general, is the highest-ranking officer to lose a child in Iraq or Afghanistan. His son 2nd Lt. Robert Kelly was killed in Afghanistan in 2010

"Honor the Truth, John Kelly " is from the October 23, 2017 Opinion section of The New York Times. It was written by The Editorial Board and narrated by Keith Sellon-Wright.