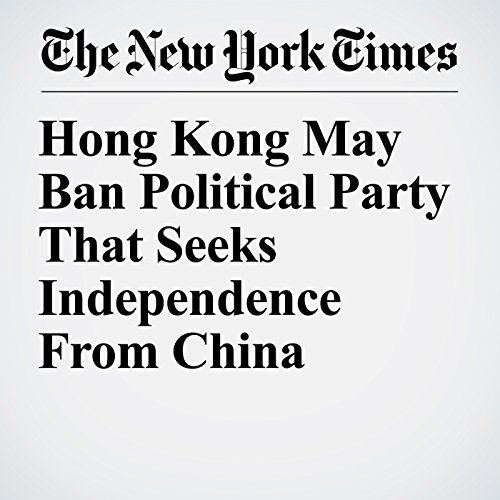 HONG KONG — Hong Kong authorities said Tuesday that they were considering banning a political party that advocates the city’s independence from China, an aggressive move against separatist sentiments that added to concerns about growing restrictions on political freedom in the territory.

"Hong Kong May Ban Political Party That Seeks Independence From China" is from the July 17, 2018 World section of The New York Times. It was written by Austin Ramzy and narrated by Keith Sellon-Wright.