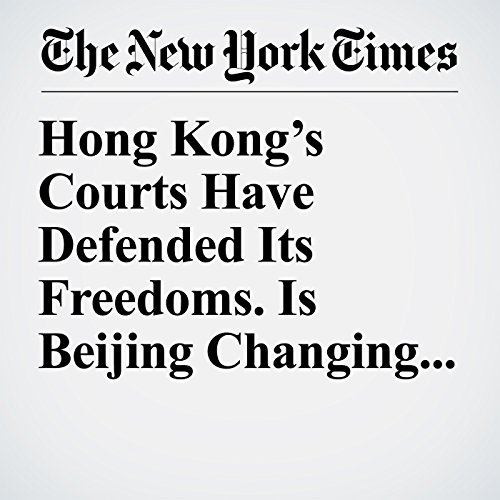 Hong Kong’s judiciary has long been one of its most prized institutions, a legacy of colonial rule in which the judges inherited not just the wigs and gowns of British courts, but also the common law traditions of fairness and independence.

"Hong Kong’s Courts Have Defended Its Freedoms. Is Beijing Changing That?" is from the February 05, 2018 World section of The New York Times. It was written by Austin Ramzy and narrated by Keith Sellon-Wright.