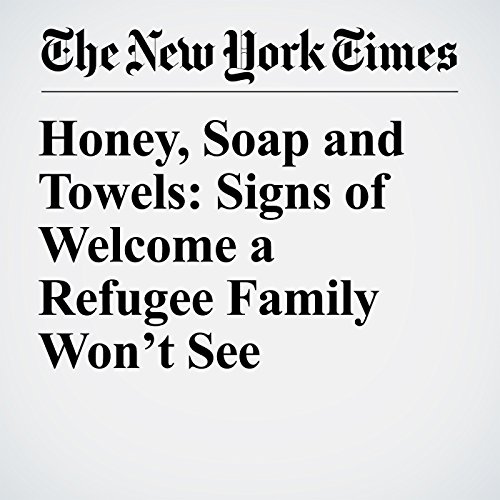 The Syrian family bound for Connecticut had been living in Jordan since leaving Syria in 2013, said Ghassan Atohmashli, a distant cousin who lives in West Haven, Connecticut, and provided a valuable credential in the U.S. approval process: a family tie.

"Honey, Soap and Towels: Signs of Welcome a Refugee Family Won’t See" is from the January 31, 2017 U.S. section of The New York Times. It was written by Jim Dwyer and narrated by Caroline Miller.