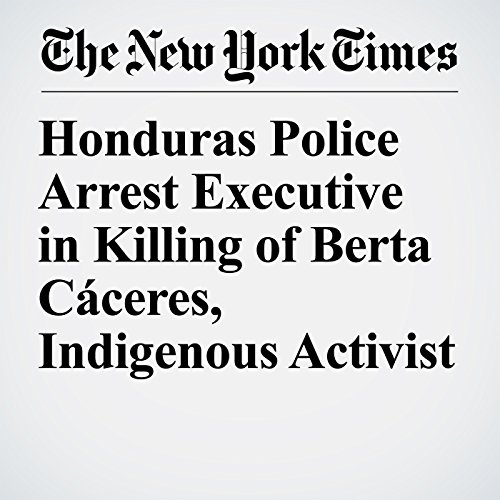 TEGUCIGALPA, Honduras — Honduran police have arrested a high-ranking executive with a hydroelectric company in connection with the 2016 killing of an activist who led a decadelong fight against a dam project, saying that he had helped plan the crime.

"Honduras Police Arrest Executive in Killing of Berta Caceres, Indigenous Activist" is from the March 03, 2018 World section of The New York Times. It was written by The New York Times and narrated by Keith Sellon-Wright.