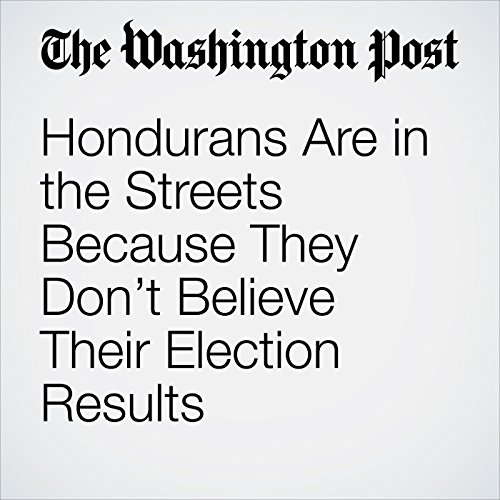 Honduras’ presidential election Nov. 26 has set off a political crisis. So far, 22 people have been killed during protests; the Organization of American States is calling for a new election.

"Hondurans Are in the Streets Because They Don’t Believe Their Election Results" is from the December 19, 2017 World section of The Washington Post. It was written by Orlando J. Pérez and Mitchell A. Seligson and narrated by Sam Scholl.