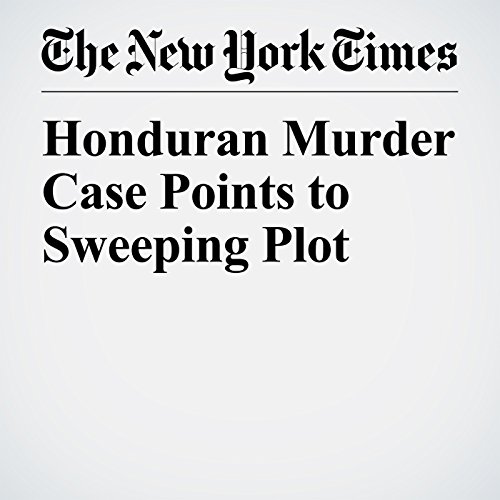 It was just before midnight when two men kicked in the door to Berta Cáceres’ house in the small Honduran mountain town of La Esperanza. Moving past the kitchen, one of them opened the door to her bedroom and fired six shots. She died moments later.

"Honduran Murder Case Points to Sweeping Plot" is from the October 28, 2017 World section of The New York Times. It was written by Elisabeth Malkin and narrated by Kristi Burns.