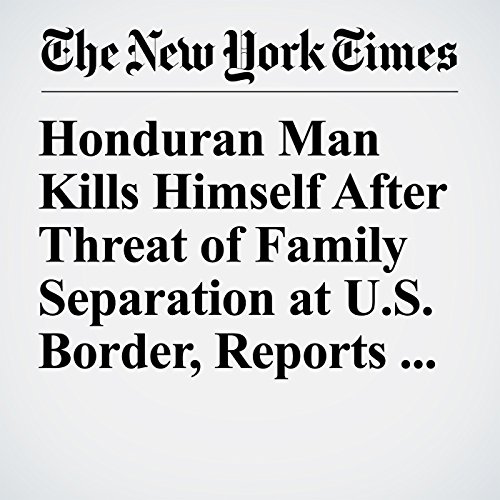 A Honduran man who was told he would be separated from his family after he had crossed the U.S. border into Texas with them last month strangled himself in his holding cell, according to Customs and Border Protection officials, public records and media reports.

"Honduran Man Kills Himself After Threat of Family Separation at U.S. Border, Reports Say" is from the June 10, 2018 U.S. section of The New York Times. It was written by Jeffery C. Mays and Matt Stevens and narrated by Barbara Benjamin-Creel.