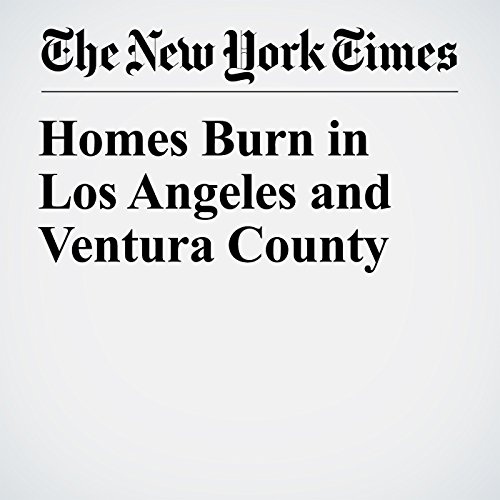 Ash rained down on one of the busiest freeways in Los Angeles on Wednesday as flames engulfed homes nestled on the cliffs above it, while a much larger wildfire continued to rage out of control in the Ventura area.

"Homes Burn in Los Angeles and Ventura County" is from the December 06, 2017 U.S. section of The New York Times. It was written by Jennifer Medina and Richard Pérez Peña and narrated by Keith Sellon-Wright.