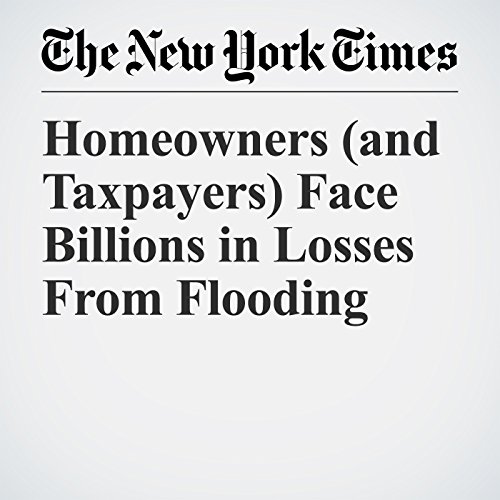 Hurricane Harvey may inflict as much as $30 billion in damage on homeowners, according to preliminary estimates. But only 40 percent of that total may be covered by insurance — and of that, the federal government will bear the biggest liability.

"Homeowners (and Taxpayers) Face Billions in Losses From Flooding" is from the August 28, 2017 Business section of The New York Times. It was written by Mary Williams Walsh and narrated by Keith Sellon-Wright.