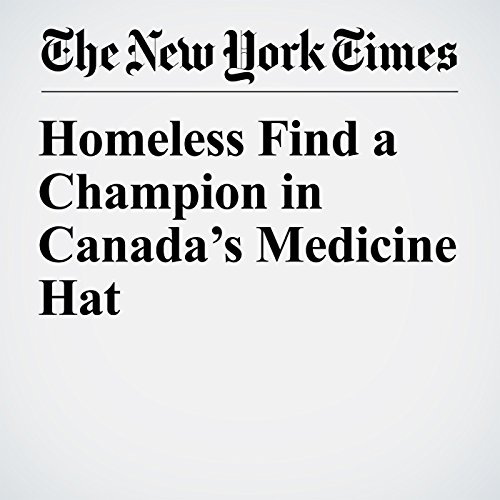 Medicine Hat is on the leading edge of a countrywide effort to end homelessness through the “housing first” strategy, developed nearly 25 years ago by a Canadian in New York by which anyone identified as homeless is offered a home without preconditions for sobriety and other self-improvement that keep many people on the street elsewhere.

"Homeless Find a Champion in Canada’s Medicine Hat" is from the February 28, 2017 World section of The New York Times. It was written by Craig S. Smith and narrated by Kristi Burns.