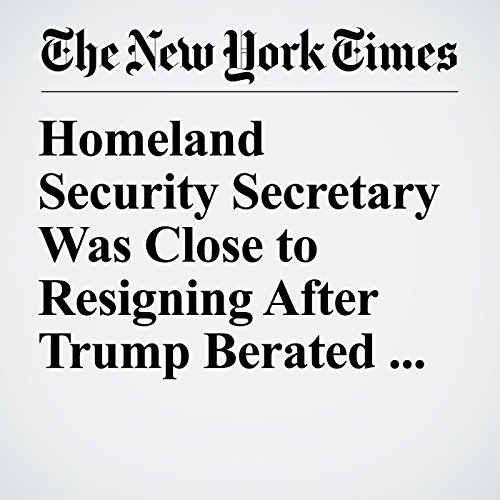 Kirstjen Nielsen, the homeland security secretary, told colleagues she was close to resigning after President Donald Trump berated her Wednesday in front of the entire Cabinet for what he said was her failure to adequately secure the nation’s borders, according to several current and former officials familiar with the episode.

"Homeland Security Secretary Was Close to Resigning After Trump Berated Her" is from the May 10, 2018 U.S. section of The New York Times. It was written by Michael D. Shear, Nicole Perlroth and narrated by Mike DelGaudio.