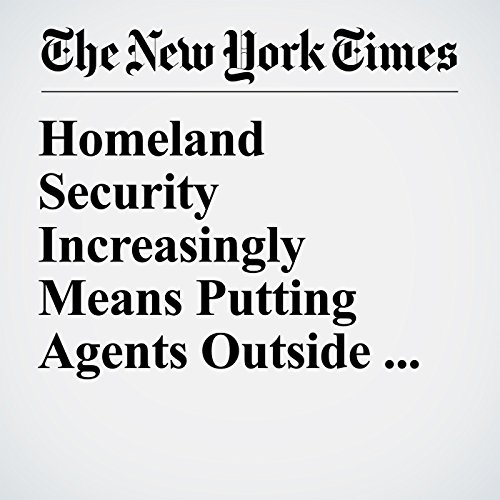 The Department of Homeland Security is increasingly going global. An estimated 2,000 Homeland Security employees — from Immigration and Customs Enforcement special agents to Transportation Security Administration officials — now are deployed to more than 70 countries around the world. The expansion has created tensions with some European countries who say that the United States is trying to export its immigration laws to their territory.

"Homeland Security Increasingly Means Putting Agents Outside the Homeland" is from the December 26, 2017 World section of The New York Times. It was written by Ron Nixon and narrated by Keith Sellon-Wright.