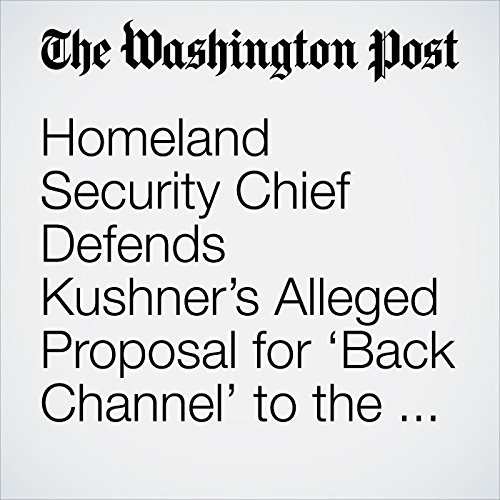 Homeland Security Secretary John F. Kelly, the lone administration official to speak out publicly about reports that Jared Kushner sought a back channel to communicate with the Russian government, defended the move, saying it was a “good thing” for the U.S. government.

"Homeland Security Chief Defends Kushner’s Alleged Proposal for ‘Back Channel’ to the Russians as ‘a Good Thing’" is from the May 28, 2017 Politics section of The Washington Post. It was written by Abby Phillip and narrated by Sam Scholl.