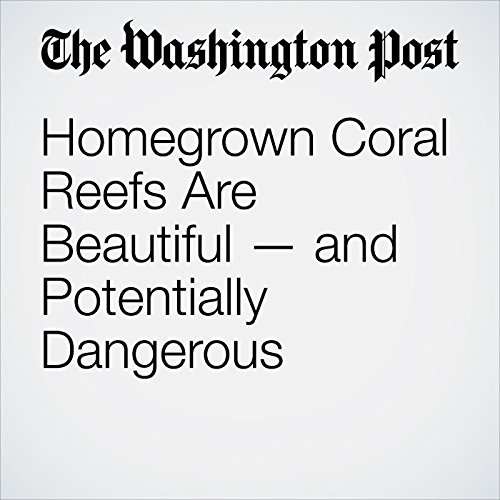 At an expo called Reef-A-Palooza, 4,000 coral reef aquarium hobbyists gathered to swap fragments of coral and ogle $100-a-pop sea horses. The burble of water pumps and commerce filled the convention hall. Sellers hawked glittery clams and other odd creatures, some spineless but all vibrant. Reef-A-Palooza had the atmosphere of a carnival, except the animals in baggies were no mere goldfish.

"Homegrown Coral Reefs Are Beautiful — and Potentially Dangerous" is from the July 27, 2017 Speaking of Science section of The Washington Post. It was written by  Ben Guarino and narrated by Kristi Burns.