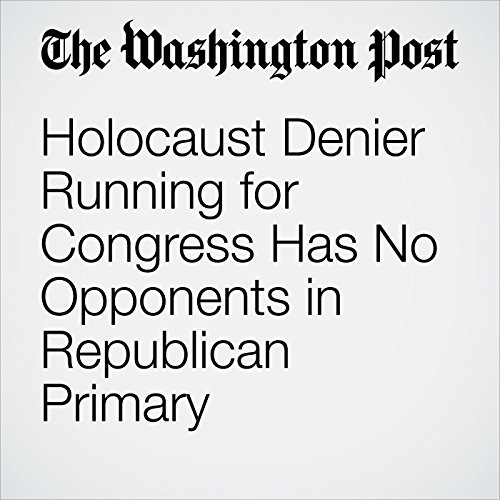 Despite his views, Jones is all but certain to become the GOP nominee in one of Illinois’ most prominent congressional districts — one that includes parts of Chicago and several suburbs to the west and southwest. Jones is running unopposed in the Republican primary; the deadline for candidates to file was in early December.

"Holocaust Denier Running for Congress Has No Opponents in Republican Primary" is from the February 05, 2018 Politics section of The Washington Post. It was written by Amy B. Wang and narrated by Sam Scholl.