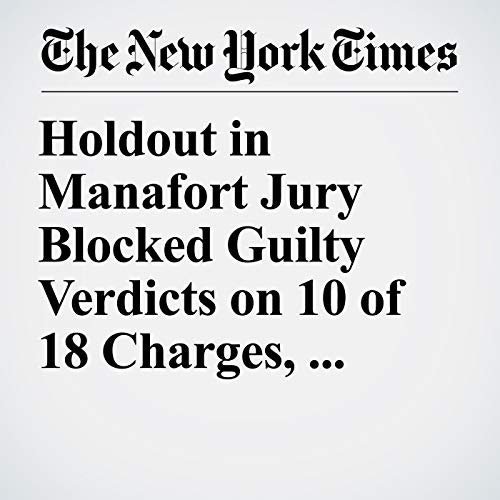 The jury in the financial fraud trial against Paul Manafort, President Donald Trump’s former campaign chairman, would have returned guilty verdicts in the 18 charges against him but one juror did not believe there was enough evidence to convict him on all counts, another member of the jury said Wednesday.

"Holdout in Manafort Jury Blocked Guilty Verdicts on 10 of 18 Charges, Juror Says" is from the August 23, 2018 U.S. section of The New York Times. It was written by Matthew Haag and narrated by Barbara Benjamin-Creel.