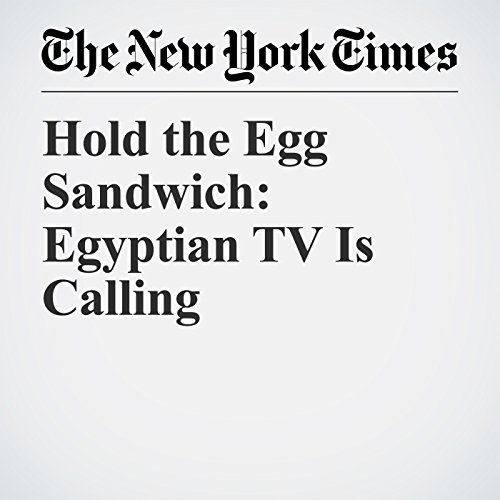 Every other day or so, Hatem El-Gamasy connects to a news audience nearly halfway around the world, delivering hot takes on U.S. politics, live from New York, but on Egyptian television.

"Hold the Egg Sandwich: Egyptian TV Is Calling" is from the September 16, 2017 U.S. section of The New York Times. It was written by Sarah Maslin Nir and narrated by Kristi Burns.