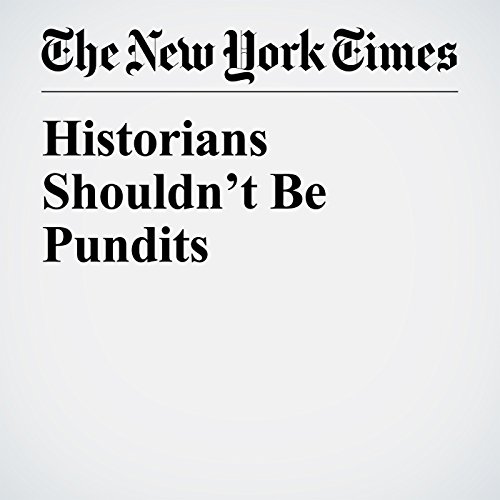 Donald Trump might be disastrous for most Americans and a danger to the world, but he has been a boon to historians. The more grotesque his presidency appears, the more historians are called on to make sense of it, often in 30-second blasts on cable news or in quick-take quotes in a news article.

"Historians Shouldn’t Be Pundits" is from the June 25, 2017 Opinion section of The New York Times. It was written by Moshik Temkin and narrated by Kristi Burns.