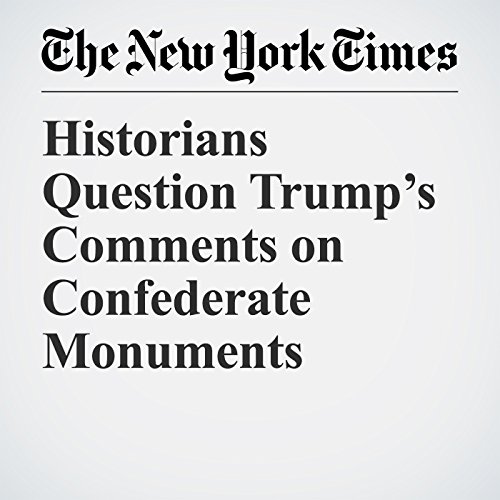 President Donald Trump is not generally known as a student of history. But on Tuesday, during a combative exchange with reporters at Trump Tower in New York, he unwittingly waded into a complex debate about history and memory that has roiled college campuses and numerous cities over the past several years.

"Historians Question Trump’s Comments on Confederate Monuments" is from the August 15, 2017 Entertainment section of The New York Times. It was written by Jennifer Schuessler and narrated by Keith Sellon-Wright.