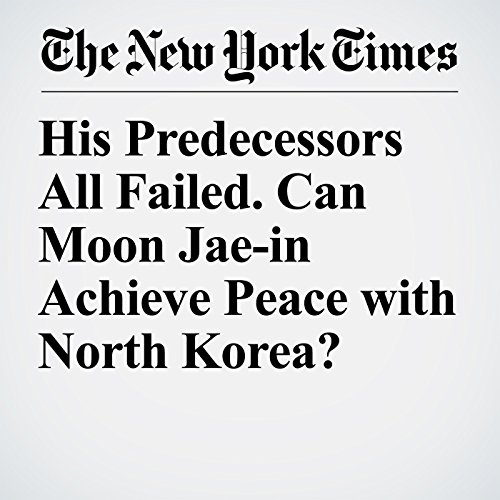 SEOUL, South Korea — The last time his liberal political party was in power, Moon Jae-in saw his boss at the time, Roh Moo-hyun, then South Korea’s president, walk across the Demilitarized Zone into North Korea for a summit meeting that resulted in a peace declaration and promises of massive aid.

"His Predecessors All Failed. Can Moon Jae-in Achieve Peace with North Korea?" is from the May 03, 2018 World section of The New York Times. It was written by Choe Sang Hun and narrated by Keith Sellon-Wright.