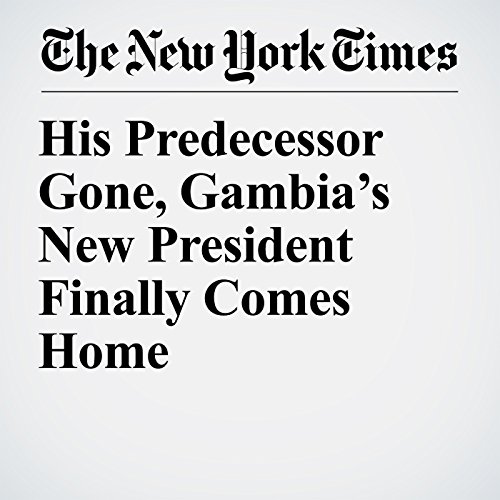 A week after he was inaugurated in another country, Adama Barrow landed in Gambia on Thursday afternoon, setting foot inside his own national borders for the first time as the new president.

"His Predecessor Gone, Gambia’s New President Finally Comes Home" is from the January 26, 2017 World section of The New York Times. It was written by Jaime Yaya Barry and Dionne Searcey and narrated by Barbara Benjamin-Creel.