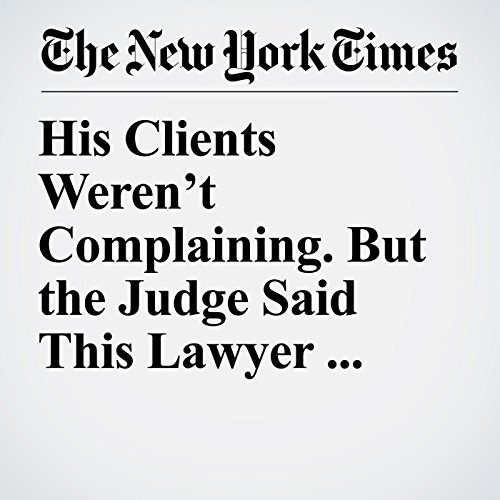 Can a lawyer work too hard to defend a client? That all depends on who is paying the bill, a new lawsuit argues.

"His Clients Weren’t Complaining. But the Judge Said This Lawyer Worked Too Hard." is from the March 29, 2018 U.S. section of The New York Times. It was written by Richard A. Oppel Jr. and narrated by Keith Sellon-Wright.