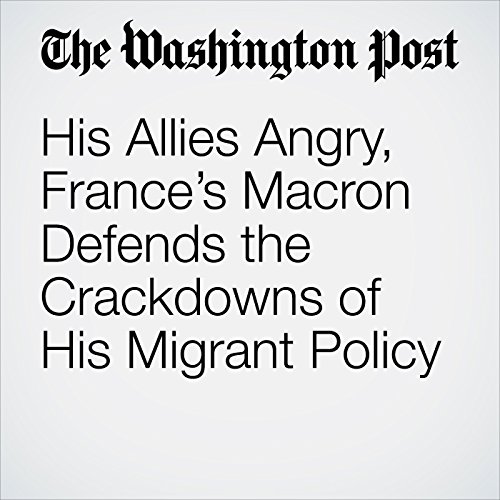 In some respects, this is the first crisis of a young presidency otherwise defined by tweetable speeches and global interventions. When Emmanuel Macron won the French election last year, he campaigned on a platform of welcoming migrants. Many saw his victory as a repudiation of the anti-immigrant hard line of his opponent, the far-right Marine Le Pen.

"His Allies Angry, France’s Macron Defends the Crackdowns of His Migrant Policy" is from the January 16, 2018 World section of The Washington Post. It was written by James McAuley and narrated by Sam Scholl.