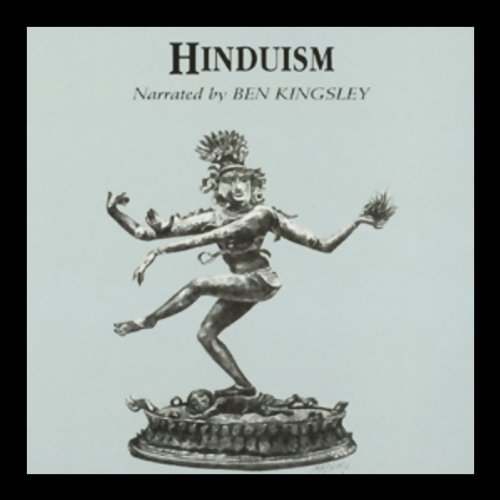 Hinduism is a very broad term for the religious practices and doctrines of the Indian people. This tradition is believed to have begun in about 1800 BCE with religious poems known as the Vedas. Hinduism is best known in the west through the doctrines of Advaita, the belief that there is only one ultimate reality. Advaitans, however, worshipped a range of icons that represented the separate manifestations of the ultimate Brahman. After the decline of Vedic religion, bhakti devotional cults arose and have remained a predominant form of Hindu worship up through the modern era.

The Religion, Scriptures, and Spirituality series describes the beliefs, religious practices, and the spiritual and moral commitments of the world's great religious traditions. It also describes a religion's way of understanding scripture and discusses its relationship to society.

If you are interested at all Hinduism and ever wanted a better understanding, this is a great place to start.

I teach a Grade 11 World Religions course at my school and wanted to listen to a 'backgrounder' on Hinduism to help in my preparation. This book did the job beautifully--in fact, my only criticism is that is should have been longer.

The narrator, actor Ben Kingsley (who played the title role in 'Gandhi'), does a great job in reading this book with dignity and the gravitas a subject like this deserves. Throughout the book there are other accented voices who read excerpts from the Bhagavad-Gita (in an Indian accent) and commentary on Indian culture from English books (read in a British accent). This helps to break up the flow and is non-offensive.

Because Hinduism is so inextricably woven into the fabric of Indian culture, the book spends a great deal of time speaking of both religion and culture. In fact, if you are planning to travel to India, or you have an interest in India generally, you will find this audiobook very helpful to read. I have travelled to India on several occasions and this book accurately reflects both the culture and spirituality of modern India.

Almost started enjoying this book until read some information which is patently false and would be considered offensive by many faithful Hindus, although Westerners, except for ISKON converts, would not easily notice them. The most glaring falsehood that this work propagates are as follows:describes Krishna's supposed 'love affair' with Radha (who allegedly married to somebody else)as a story which is canonical and part of Hindu belief. He further alleges that Gopis who danced with Krishna were married and had a "love affair" with him. The attempt is to portray the holiest figure of Hindus as a fornicator. This is the most glaring scholarly gaffe from this author and reveals serious shortcomings in his claim as a scholar of Hinduism.A brief examination, undertaken with sincere intent, would have revealed to him that Radha is a completely fictional character invented by poet Jayadeva around 12th century CE and that none of any canonical accounts of Krishna in Puranas and Mahabharata have any mention of Radha. With regard to supposed affair of Krishna with married Gopis, the author again shows callous disregard or ignorance of the Hindu, scriptures. According to Bhagavatham, whence this story comes, Krisnha was merely a boy of eight when he played pranks on Gopis. Out of hundreds of pages dedicated to Krishna, the episode describing the childhood pranks of Krishna with Gopis barely lasts a page. The rest of the scripture describes his miracles, statesmanship and military exploits in great detail.The author obviously ignored the canonical texts of Hinduism and built a narrative of Krishna as a playboy based on non-canonical stories which are popular only in a heretical fringe of Hindu society.Other glaring mistakes: failure to designate left-hand tantric practices as ostracized by lay Hindus,Sikh scripture not using Hindu names for God & containing Mira's verses,South Indian kings being Shudras,etc.

good information to have. I've been studying different theologies, philosophy and such. a good book to get an understanding of Hinduism as a religion.

i love how indepth it goes. i do wish there was more about Goddess Durga

A mediocre storytelling piece that needed much more thought and better execution...the indian accent is appalling 🤣🤣

I enjoyed it very much . It is very entertaining and knowledgeable but too short. The narrators are perfect.

it should be called "squabbles around Hinduism"

if you wish to stay pure and connect to the spirit, i would recommend to avoid this book. it is not giving you the hinduism but endless fights between people within and around it. but i did trully enjoy the narration, especially the parts narrated by hindus. the indian voices and passion in them are very inspirational.

I wish the narration was done by an Indian -

Would you try another book from Dr. Gregory Kozlowski and/or Ben Kingsley?

if it is not about hinudism :-)

I wish it was read by an indian since the pronounciation would have been better no that Mr kingsley did a bad job, but the names are definitely pronounced different from what they are.

Was Hinduism worth the listening time?