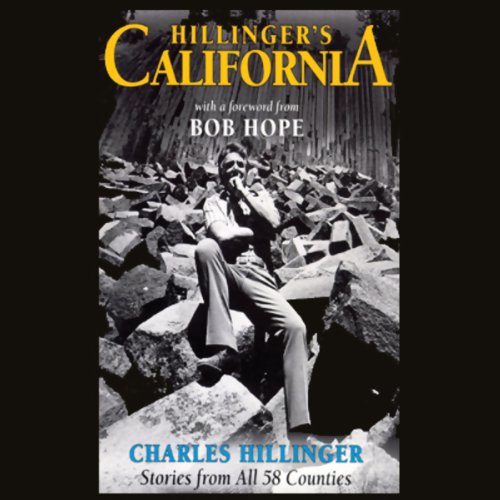 The California revealed here is not the stereotypical land of movie stars, sensational trials, or tourist snapshots, but instead a remarkable patchwork of out-of-the-way places and everyday people.

Former Los Angeles Times columnist Charles Hillinger hones in on what makes each county unique, such as Johnny Heinold's First and Last Chance tavern in Alameda County, where Jack London first began writing his stories. Listeners also learn about the man who flew an airplane long before the Wright Brothers, the church with stained-glass windows commemorating preachers, and the museum with the largest collection of mummies on the West Coast.

"Hillinger has the skills of a Paul Harvey, Charles Kuralt, or Charles Osgood in being able to spin stories that grab one from the first sentence. Essential for all California libraries." (Library Journal)
"[Hillinger] doesn't draw cosmic conclusions from his travels or bother to puzzle out deep meaning. He...writes plain stories about real people." (Charles Kuralt)

It is a compilation of well-crafted and entertaining columns about quirky places and people in California. As has been said elsewhere, Hillinger works in a styles similar to Charles Kuralt or his successors at CBS Sunday Morning. I really enjoyed this book on a long drive.