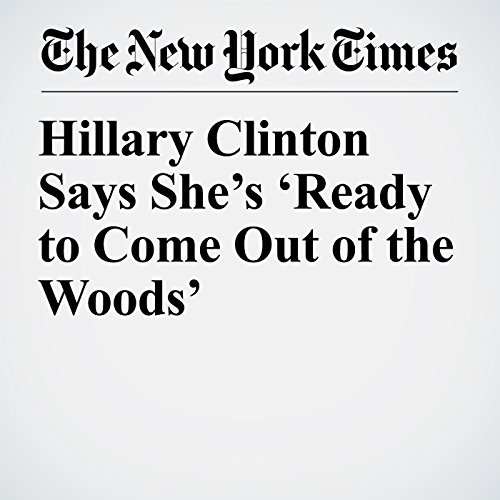 Hillary Clinton said she was “ready to come out of the woods” during a St. Patrick’s Day speech in Pennsylvania Friday night in front of an overflow crowd — an indication that she plans to shed the low profile she has kept since the election.

"Hillary Clinton Says She’s ‘Ready to Come Out of the Woods’" is from the March 18, 2017 U.S. section of The New York Times. It was written by Eli Rosenberg and narrated by Keith Sellon-Wright.